Dealing With a Complaint

This section talks about the steps the Contractors State License Board (CSLB) takes when a complaint has been filed against your license.

CSLB has up to four years from the date of violation, and up to ten years for some hidden structural defects.

Both parties typically receive the contact letter within two to three weeks of CSLB's receipt of the complaint. Assignment to a Consumer Services Representative (CSR) depends on the staffing and workload of the CSLB Intake/Mediation Center.

If the complaint is not resolved before further involvement from CSLB, a CSR will contact you and the complainant. The CSR requests additional information and/or documents and attempts to mediate a resolution to the complaint. This is the best time to resolve a complaint because it is much easier to resolve complaints early on, before the parties get entrenched in their positions, and you may avoid legal costs.

Complaints are handled based on the order in which they are received and the nature of the allegations. Allegations involving possible health and safety violations are given highest priority.

The following factors affect the time it takes to resolve a complaint.

If the complaint is not resolved at this level the CSR can recommend that the complaint be referred to CSLB-sponsored arbitration or be transferred to an enforcement representative (ER) for further investigation. In some cases, the CSLB may recommend that small claims court or other civil remedies be used.

If the complaint is not resolved through early mediation or arbitration, and the complaint involves a probable violation of Contractors License Law, it is referred to an Investigative Center.

The ER assigned to investigate the complaint will interview you, the complainant(s) and any other people who can furnish relevant information.

When the investigation is concluded, the ER will, based on the evidence, recommend one or more of the following actions:

If a letter of admonishment is issued, the licensee may contest the letter and request an office conference.

If a citation is issued, it may contain a civil penalty up to $2000 and/or an order of restitution to pay the financially injured party.  If you are issued a citation and do not comply with the terms and conditions, your license will be automatically suspended.  If at the end of ninety (90) days the citation is still not complied with, the license will be automatically revoked.

If a complaint is referred for a citation or an accusation, the licensee is afforded due process of law and can appeal the administrative disciplinary action.  Appeals are heard before an Administrative Law Judge.  The Office of the Attorney General represents CSLB in administrative hearings.  You may represent yourself or hire an attorney to represent you.

If an accusation is filed and upheld, your license may be suspended or revoked.

If your license is suspended you are not allowed to operate during the period of suspension.

If your license is revoked, you are not allowed to apply for reinstatement of your license for a minimum of one (1) year to a maximum of five (5) years.

When you apply for reinstatement or reissuance of your license:

Investigation of complaints can be a lengthy process.  In order to keep you apprised of the status of the complaint CSLB will notify you:

Complaints May Be Disclosed

CSLB discloses the date, nature and status of all complaints that: 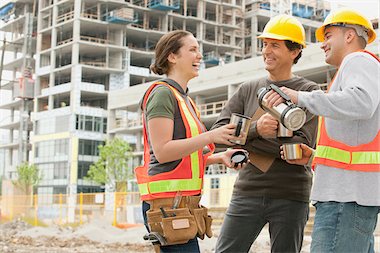